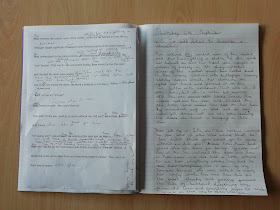 Next came the task of developing characters for their own stories. This was done in the usual way – nothing too innovative or fancy here – if it ain’t broke, why fix it? Children drew their characters and annotated them with phrases that they wanted to use to describe them.
It was the next part that was going to be difficult. How were we going to get children to use the information about their characters in a piece of narrative without writing up as one paragraph of character description? We decided to focus on one thing at a time: the inclusion of descriptive phrases and not the creativity that would have had to go into writing a piece of narrative. To achieve this, one of the teachers wrote a short piece of narrative devoid of any description, direct or indirect, of the characters mentioned. She double-spaced it and provided a copy for each child. The children then edited the piece to include, in relevant and suitable places, phrases of description of their character. This sentence succinctly describes a not-quite-self-aware underachiever. But it also illustrates a narrator with a not-so-objective opinion of him.
Good descriptions tend to be brief but evocative. So choose two or three distinct, specific attributes to describe and leave the rest to the reader’s imagination. Here are some ideas on what those attributes might be. 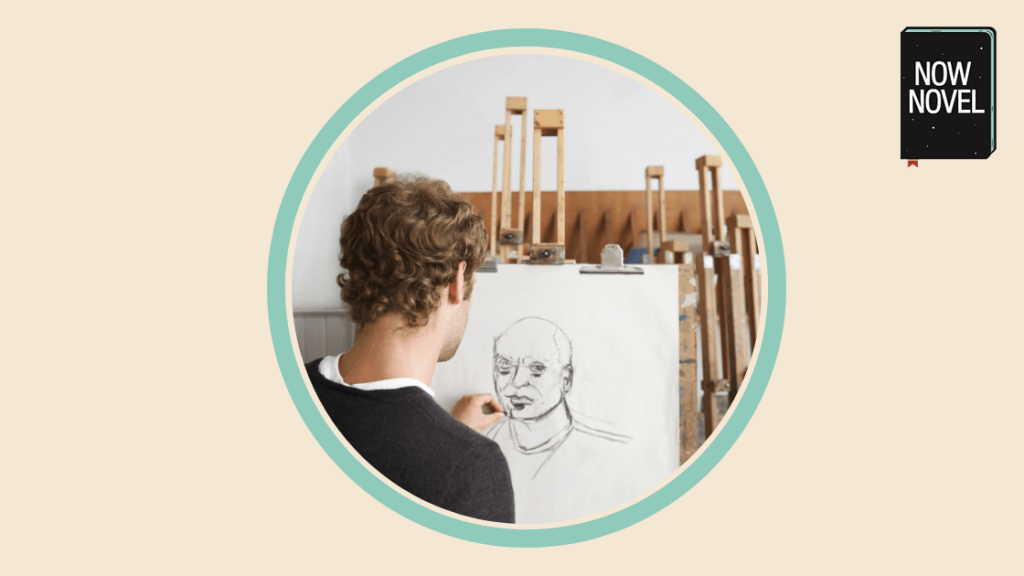 Two of the boys wore glasses, curiously enough the same kind: tiny, old-fashioned, with round steel rims. The larger of the two – and he was quite large, well over six feet – was dark-haired, with a square jaw and coarse, pale skin. He might have been handsome had his features been less set, or his eyes, behind the glasses, less expressionless and blank.

Figurative language such as simile (comparing objects using ‘like’ or ‘as though’) and metaphor (stating two unlike objects are the same) is effective for describing subtle precise qualities and appearances. For example: 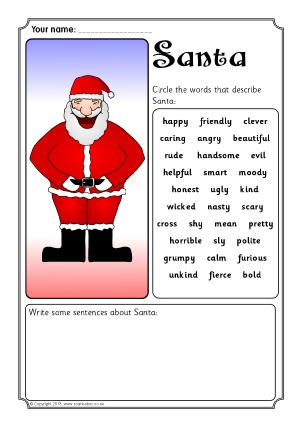